Saturday started as a cold and breezy but sunny morning, with temps in the mid-20’s. Nine of us met at the Park’n’Ride and headed towards the trail head, when I realized the tenth person who signed up late was almost forgotten. I used the website document repository member directory to find his phone number and direct him to the trail head.

We hiked up the less used but scenic Poplar Hill trail from Warren Rd to Paper Mill Rd. We hiked down to the old Paper Mill Road bridge and read the nice descriptive signs describing the Loch Raven watershed and the history of the bridge. We then hiked back towards the cars, stopping for a snack break, then having a planned meeting with Marcie and Diane at the cars.

I distributed grocery bags to collect trash for the second portion of the hike. We hiked down by the Warren ruins where Margaret and David did a stellar clean-up job as “sweeps” picking up all of the trash in sight filling their bags. At Warren Road, we were able to deposit the trash in a can so we could pick up more trash in the reused bags as we continued. As temperatures warmed, we headed to the peninsula south of Warren Rd with beautiful views of the reservoir. Fortunately, someone in the last week had picked up most of the trash but David scoured the water’s edge collecting more.

We returned to the cars where the trip officially ended. I then took Marcie and Diane on a short continuation hike on the Sherwood trail side of the reservoir.

See below for a few pictures. (Click on each picture to see it in full size.) 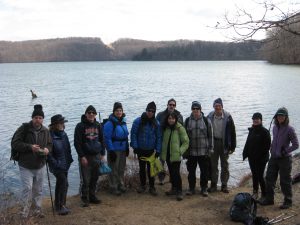 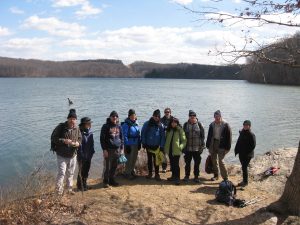 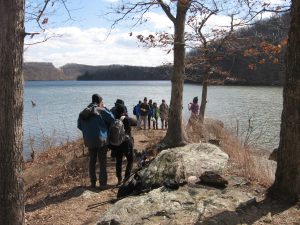 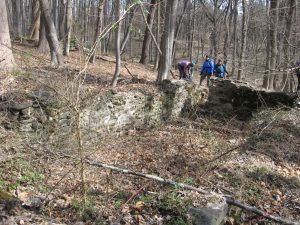 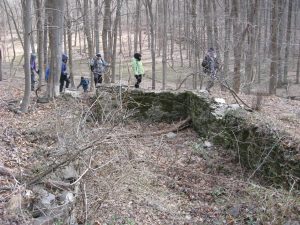 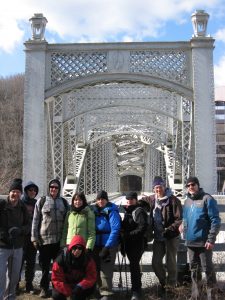 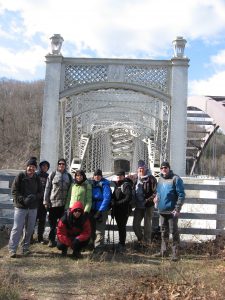 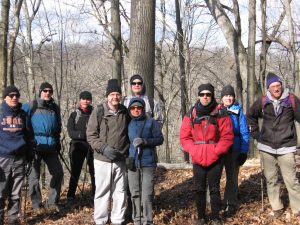 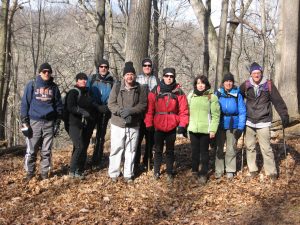 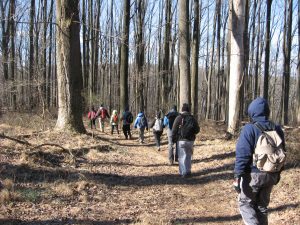