Ten hikers, including one guest, participated in this 8-mile moderate hike on Saturday, February 6–the week following the Snowpocalypse that blanketed Maryland with a record snowfall. The hikers began at St. Johnsbury Road in Oella, trudged through still-deep snow to the Pickall area of Patapsco Valley State Park (PVSP), ate lunch at a Pickall pavilion, and then returned to Oella. Because of the snowmelt, combined with runoff from heavy rain a few days before the hike, our need to traverse two swollen streams brought to mind several lines from the old Ghostbusters movie. (Benkman: Excuse me, Egon, you said crossing the streams was bad. Egon: Not necessarily. There’s definitely a very slim chance we’ll survive.) Fortunately, we made both crossings safely. One unexpected challenge was the hike leader’s difficulty finding the trail intersections where we needed to make turns, since these trails are not blazed and the snow-covered side paths were not easy to spot. Despite these challenges, the hike provided a vigorous walk, pleasant views of the Patapsco River and the beautiful U.S Route 40 bridge, and a close-up view of the damage from beaver activity in that area. At the end of the hike, the two GPS devices present reported that we had hiked 10 miles rather than 8—we had no explanation for the excessive distance readings, but all the hikers agreed that we felt like we had walked 10 miles. 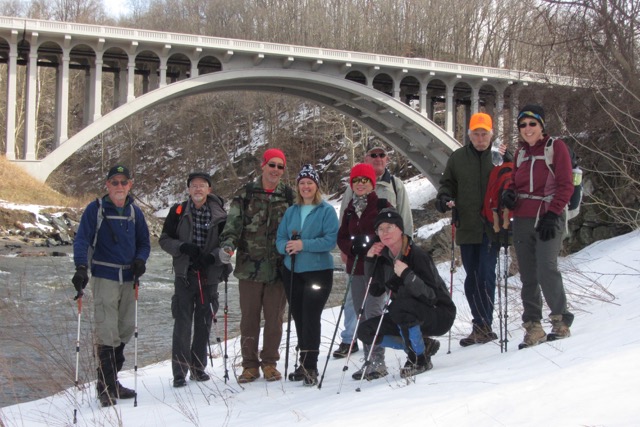 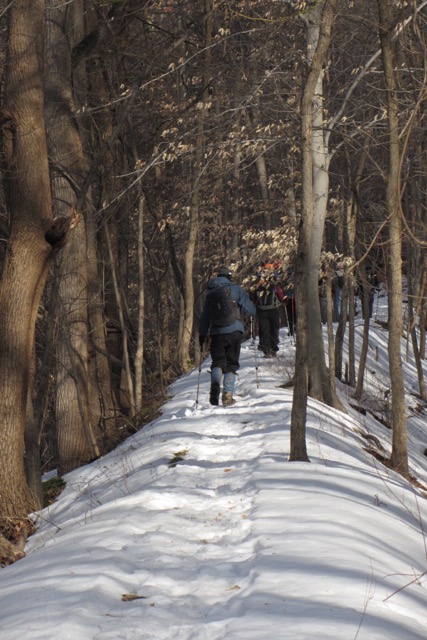 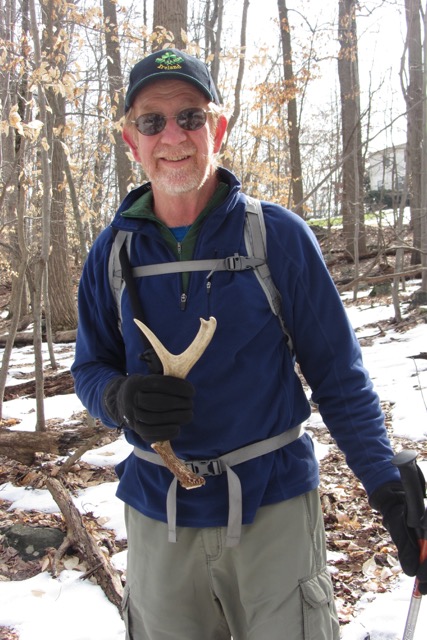