After 7 months of work, MCM has opened a new moldering privy at the Alec Kennedy shelter on the Appalachian Trail south of Boiling Springs, PA. The old compost privy, which was nearing capacity, was closed on October 22, 2017.

Since beginning work in March, MCM scheduled monthly work days at which 6-10 volunteers tackled major construction tasks, and in between these work days smaller groups of volunteers continued the work. Over the length of the project, a total of 33 individuals worked at least one day on the privy, including 23 MCM members and 10 nonmember volunteers. The volunteers devoted a total of 110 person-days to the project, including 684 hours working and an estimated 399 hours of travel time.

The new privy should provide service to Appalachian Trail hikers for decades. MCM salutes everyone who helped carry out this project! 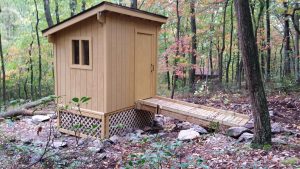 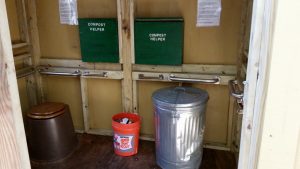